ExpressVPN is one of the largest VPN providers in the world. The company is based in the British Virgin Island and was founded in 2009. In this VPN review, we will cover ExpressVPN’s features, server locations, security, price, connection speed and customer support etc. 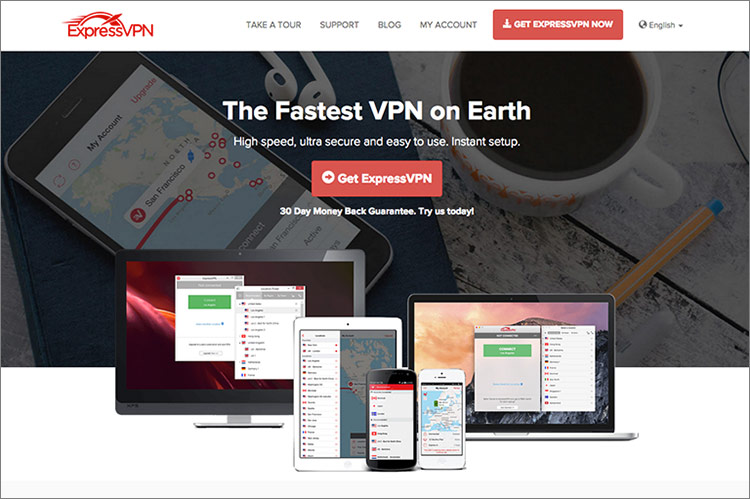 ExpressVPN supports the following VPN protocols: OpenVPN (TCP, UDP), L2TP/IPsec, SSTP and PPTP. As a company based in the British Virgin Island, ExpressVPN doesn’t fall under the U.S. Data Retention or the EU DRD laws, which makes ExpressVPN a good choice if privacy is a top concern for using VPN. ExpressVPN is a logless VPN. It doesn’t keep VPN user’s activity logs or session data. In addition, ExpressVPN accepts Bitcoin as a payment option, which provides further privacy protection for paid users.

ExpressVPN does not limit bandwidth. Also, it allows unlimited server switching. ExpressVPN does allow Torrent and other file sharing traffic from all of its servers (many VPN providers don’t allow those kind of traffic).

For simultaneous connections, ExpressVPN allows up to 1 computer, 1 mobile device (tablet or smartphone) and 1 streaming media console (i.e., Apple TV or Xbox) to be connected at a time per subscription. There’re two ways to bypass this limit: 1) Set up ExpressVPN on a supported router (DD-WRT, Tomato etc.) so that all connected devices can share the VPN. 2) Connect ExpressVPN on a Mac or Windows computer and then set up Internet sharing on that computer to allow more devices to share the same VPN connection.

For our testing, we downloaded ExpressVPN’s client software for Windows. The installation process is straight forward and the software interface looks clean and user-friendly (see picture below): 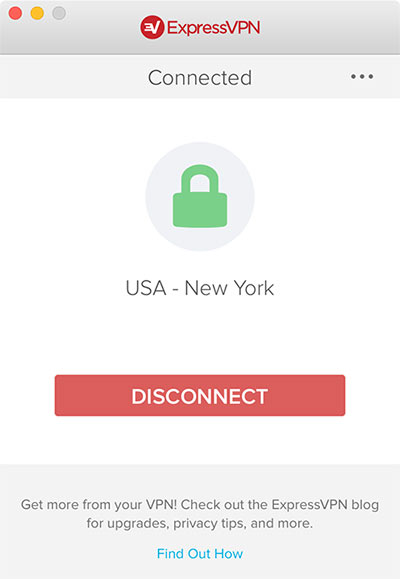 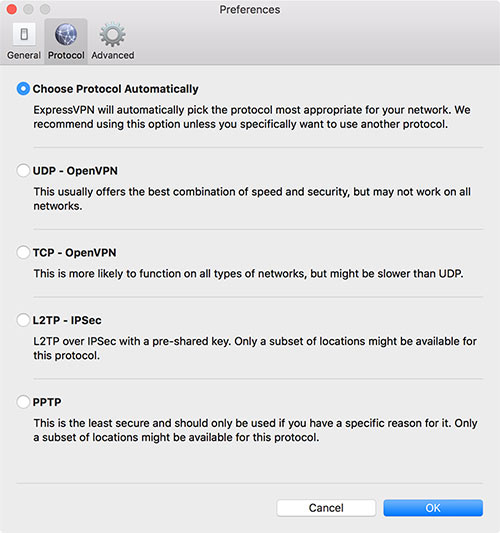 This software allows users to choose different VPN protocols (PPTP, L2TP/IPsec, OpenVPN and SSTP) as well as switch server locations. When you open up the location picker, you will see a large number of locations around the world that can be connected to. VPN connection can be turned on or off by clicking the Connect/Disconnect button in the middle of the software. We found ExpressVPN’s software is very clean and very easy to use.

As one of the largest VPN providers, ExpressVPN provides stable VPN connections, fast speed, multiple worldwide server locations and easy to use software. Their customer support team is really helpful. Based on our test, we recommend ExpressVPN to our readers and have ExpressVPN in our list of the Best VPNs.